I have been using free advertising sources like safelists and viral mailers ever since I started marketing online back in 2008.

I used to get reasonable results… I even put about 20 people into My 20 Dollar Business using nothing but these free resources.

But things have really slowed down over the last 6 months. I used to run safelist ads on Tuesdays and get from 5-10 subscribers… not any more.

So, I decided to start re-investing the money I am earning through my business into “paid advertising”.

I have been getting regular commission checks for the last couple of months… in fact, April is the first month that I have received a paycheck every single week.

In may last business venture before My20, my largest month was less than $200… and I had over 800 team members that I had signed up.

So I made the commitment to myself that when I started making money, even if it’s not all that much in the whole scheme of things, I would re-invest that money in my business instead of just spending it.

I want to test the waters, so to speak, so that my team members can confidently invest in their business as well. I am in a postition financially that I do have the funds to invest… some of you do not yet.

I will post reports about the winners as well as the losers!

With that said, I am going to begin posting reports on the results of the paid advertising resources I am using to promote My 20 Dollar Business.

The first one I tested is called Patrick’s Proven Solo Ads… he has a nice looking site with lots of positive testimonials… he offers three different levels of solo ads, ranging from $25 to $99.

I bought the $25 dollar package to test, and I was promised 250+ clicks and 50+ high quality optins. This is the link that I promoted…  https://mycapturepage.com/glray3765

The first run I received 455 clicks, of which less that 10 were unique… no optins… and no sales.

I contacted the vendor, and he sent out a second solo at no cost… here are the final results of the two mailings:

As you can see, the “unique clicks” did come up, but no where close to the promised 250 clicks… if they are NOT unique clicks, especially at the ratio shown above, I question their validity.

I also got NO optins and NO sales!

My final recommendation for this resource is… 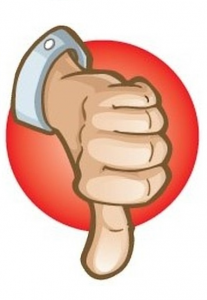